Grand National 2021: It's Not the Same Without Tiger Roll 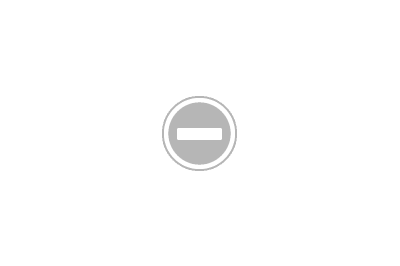 This year has been a little all over the place. I'm sure most people have felt they have been jumping mighty fences from last April to this.

However, this time we will be seeing thoroughbred racehorses chomping at the bit rather than last year's disappointment of the Grand National being abandoned due to Coronavirus. It was an unfortunate thing to happen because it really should have taken place. Instead, we had the virtual Grand National to enjoy. It lacked any heart and so far removed from real horse racing that is was, for me, a disappointment.

The Grand National. The greatest steeplechase in the world. I am struggling to keep up with proceedings and this moment looked at the Grand National betting. I'm a furlong behind those punters with their finger on the pulse as I was half imaging Tiger Roll would be favourite after winning at Cheltenham. Sadly, he was withdrawn from the entries and it looks like he will be heading to the Irish Grand National at Fairyhouse which is to take place on the 5th April.

If Tiger Roll wins, punters may be questioning that he should have gone to Aintree. It looks as though connections wish a less testing trip of 3m 5f for the Irish National compared with 4m 2 1/2f.

After a rather disappointing start to the season and pulling up at Cheltenham, with thoughts of retirement, you have to question whether this will be a hard task for the eleven-year-old who has been a shining example of brilliant throughout his career.

Looking at the betting for the Aintree Randox Grand National Handicap Chase it looks like we may a relatively short-price favourite with Cloth Cap, trained by Jonjo O'Neill in the familiar of green, yellow and white of Trevor Hemmings. In fact, most bookmakers have this nine-year-old bay gelding priced at odds of 9/2. He's won his last two races and it looks like he will enjoy a trip. Considering he ran over a distance of 2m 7 1/2f last time out at Kelso punters will be hoping he stays on strongly at the line.

Jonjo O'Neill trained the 2010 winner Don't Push It, who gave Tony McCoy his only win in the race.

Trevor Hemmings as done well in this race over the years. Race fans will remember he last tasted victory in this tough race in 2015 when Many Clouds won at odds of 25/1, trained by Oliver Sherwood, ridden by Leighton Aspell.

A memorable victory for many reason.

The billionaire British businessman loves this race and if returning at odds of less than 4/1, would be one of the shortest priced winners in the history if the race. In fact, you would have to go back to 1919 when Poethlyn won at odds of 11/4, ridden by Ernie Piggott, and trained by Harry Escott for owner Gwladys Peel.

Tiger Roll was one of the strongest fancies when winning in 2019 at 4/1.

Even without Tiger Roll not quite living up to the mighty Red Rum, which was as much to do with the Coronavirus as anything, we still have much to look forward to with the both Grand Nationals.

Tiger Roll will head to the Irish Grand National and battle for a historic win. While Cloth Cap could be one of the shortest-priced favourites in over a centruy and may well be a horse to emulate those successes of his owner.

Good luck to all.

Photo: Pixabay free for commercial use and no attribution but given