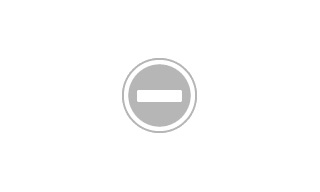 There are a few names that instantly command respect in the racing world, and there’s no doubt that Paul Nicholls is one of those.
The 58-year-old enjoyed a relatively successful career as a jockey, but it’s working with horses that have enhanced his reputation. Nicholls is widely regarded as a top trainer, having produced winners for the past few decades, with many coming on the biggest stages of all.
Two-time Gold Cup winner Kauto Star is undoubtedly one of the best horses Nicholls has worked with, but there is a whole host that have achieved great things under his guidance. It’s why he has collected millions of pounds in prize money since he started out as a trainer.

However, he may not be the only Nicholls to leave a legacy in horse racing, with daughter Megan making her own impact on the sport.
The 23-year-old is already known as a successful jockey despite her young age. That was evident by the fact she won the Silk Series, which brings together the best women in horse racing, for a third consecutive time in September last year. And, she has backed that up when competing against men as well, having ridden many winners in the past.
Clearly, given her talent, Megan has the potential to taste success as a jockey for a long time if that’s the path she wants to take. She will have learnt from the best having grown up with her dad around the stables, and picking up tips from some of the biggest names in the game could prove to be invaluable.
Yet, again following a journey similar to her father, Megan’s impact on horse racing doesn’t have to be restricted to what she achieves as a jockey.
There are examples of individuals who have a profile that goes beyond horse racing. Frankie Dettori is the obvious one, with the likeable Italian landing prime media roles and becoming a recognisable figure away from the game. You can even check the offers discussed by Robert McLauchlan, senior editor at BonusFinder UK to play a casino game that is centred on Dettori. There aren’t many figures you can say that about!
Whilst he might not be everyone’s cup of tea, having someone with that public appeal has actually worked wonders for racing as it raises the profile of the sport. AP McCoy is another who has remained in the spotlight after his racing days have finished, and there’s no reason why Megan Nicholls can’t do similar.

Of course, it may be a long way away, but with sports rightly looking to encourage more women to get involved, she could quickly become someone who inspires women in horse racing and in general. Whether that’s as a jockey, in the media or as a trainer remains to be seen, but there will clearly be options.
Coming from a well-respected family, with talent and a passion for horse racing, Megan Nicholls is a name that could be around the sport in various capacities over the next few decades – extending the legacy that her dad will leave.
Email ThisBlogThis!Share to TwitterShare to FacebookShare to Pinterest
Newer Post Older Post Home